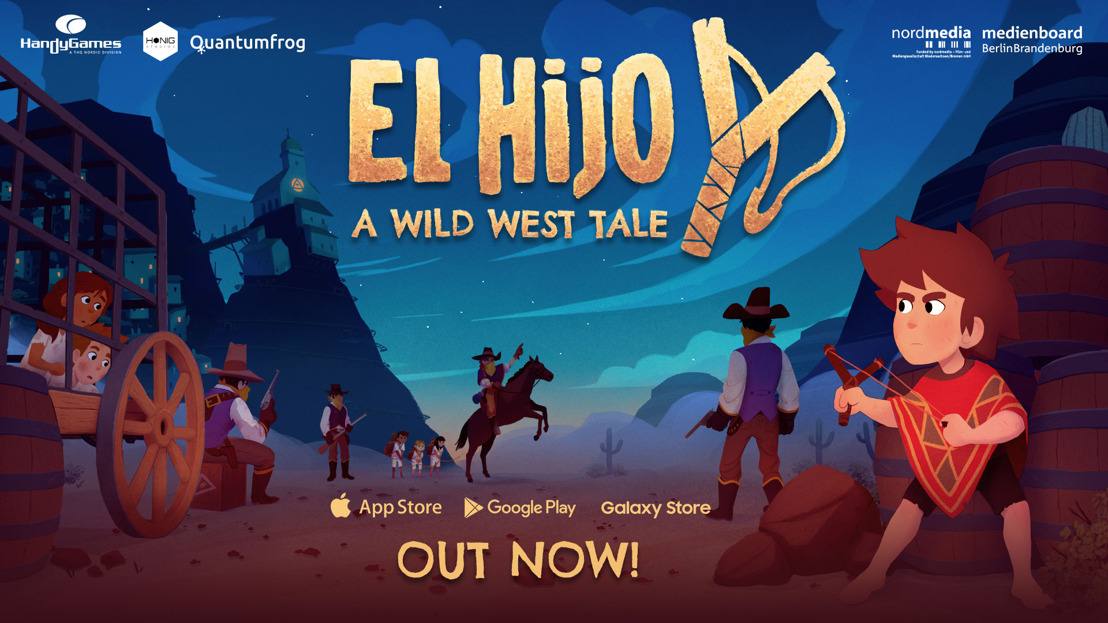 Giebelstadt, Germany, 25th January 2022
​El Hijo shows that the Wild West is no country for old men, but for a kid to conquer. With the weapons and the wit of a child, he is out to be reunited with his mother after tragedy struck and the family got separated.

Today, critically acclaimed and award-winning "El Hijo - A Wild West Tale" comes to mobile as a full pay-to-play title. Without any hidden costs or pay2win but with full controller and Apple TV support! International publisher HandyGames strongly believes in serving gamers awesome games, no matter which platform they play on.

"El Hijo - A Wild West Tale" is not lazily adapted to run on mobile devices but improved to take advantage of mobile devices features. All this without in-app purchases or subscription traps that are specifically tailored to target younger audiences. On the contrary:
​The spaghetti-western stealth game has been awarded Best Indie-Title by the gamescom-Awards in 2019, "Best Family Game" by the DCP (German Computer Games Award) and was only recently honoured with a prestigious Pedagogic Media Award.

"El Hijo - A Wild West Tale" is a non-violent game and an exciting story of a desperate child looking for his mother. The boy sneaks past different sorts of suspicious outlaws in a series of diverse western settings.

Instead of violence, this child's imaginative playfulness comes to life with the help of his toys, which serve to distract his "opponents".