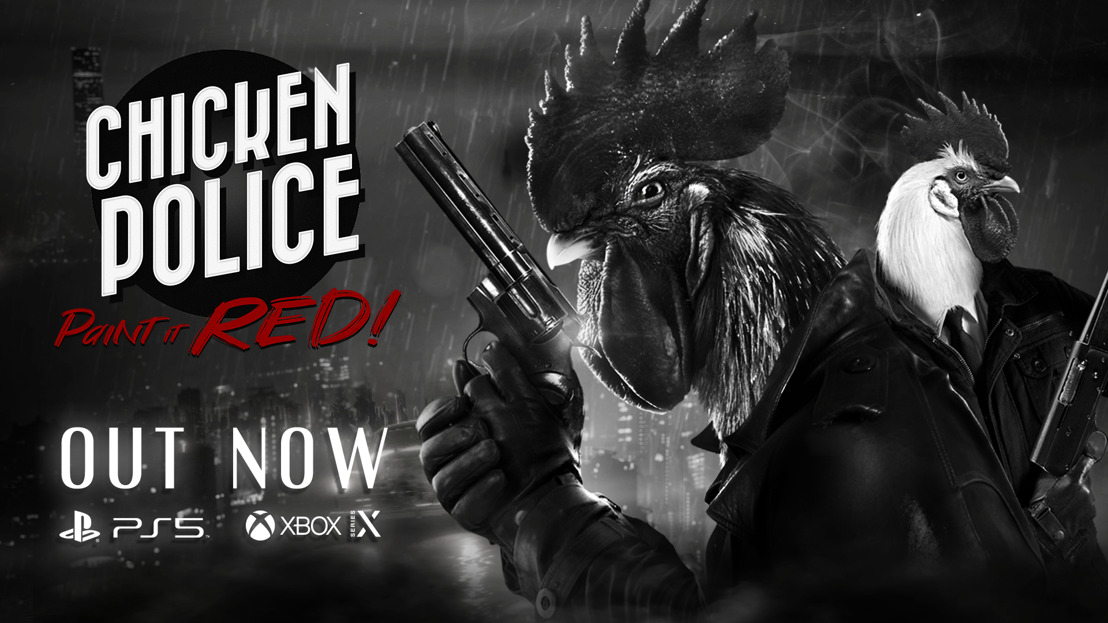 On PlayStation 5, we call it the "Chicken Police PS5 Haptics Integration Experience"! Our goal was to have extended support for the DualSense Controller so that players of the PS5 version experience the gameplay in a completely new way. ​ We added more than 30 unique effects for the DualSense Controller, including the use of adaptive triggers and precise vibrations, to the game and every cutscene in the game comes with unique haptic feedback.

Check out the trailer below to see how cluckin' awesome the game looks AND feels on PlayStation 5.

And yes, if you already own the PS4 version of the game, you can download the upgraded version to your next-gen console for free! Your Xbox Series X|S makes use of the "Smart Delivery"-feature. No extra steps are required from you.