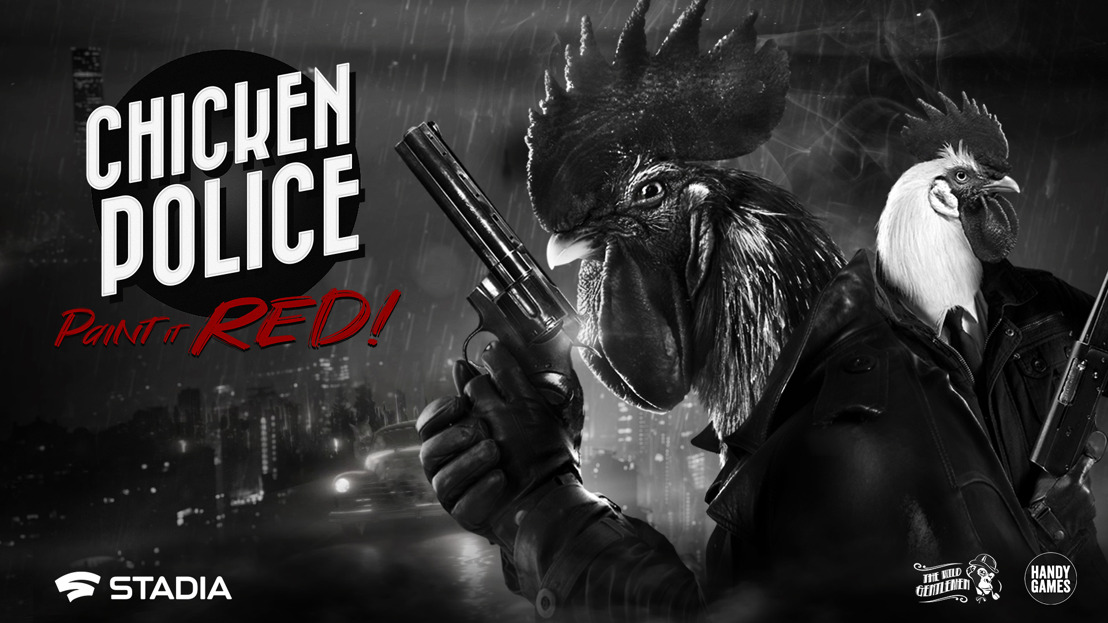 Giebelstadt, 6th December 2021
​Rectification: On Friday 3rd of December, we mistakenly announced that our beautiful 3D puzzle platformer SCARF will also be released on Google Stadia. Sadly, this is not the case - we are very sorry we messed up. We know that a lot of people will be very sad about that. But don't worry, there is another beautiful game coming to Google Stadia that will surely make it up to you. Today!
​

The critically acclaimed Chicken Police – Paint It Red! features a stunningly peculiar visual style with artistic photo manipulation and lifelike 3D backgrounds. The game convinces with a dark story and satire which recalls the mood and atmosphere inspired by classic film-noir movies of the 1940s.

And like all the best noir detective stories, this one feels so gritty and desperate, that it can only be served with a side of cynical humor. Experience a carefully crafted world, a grim, sinister story, and absurd humor. All mixed up with elements of story-rich adventures and a visual novel-style dialogue system, complete with a complex interrogation mechanic, detective gameplay, and an ever-changing city.