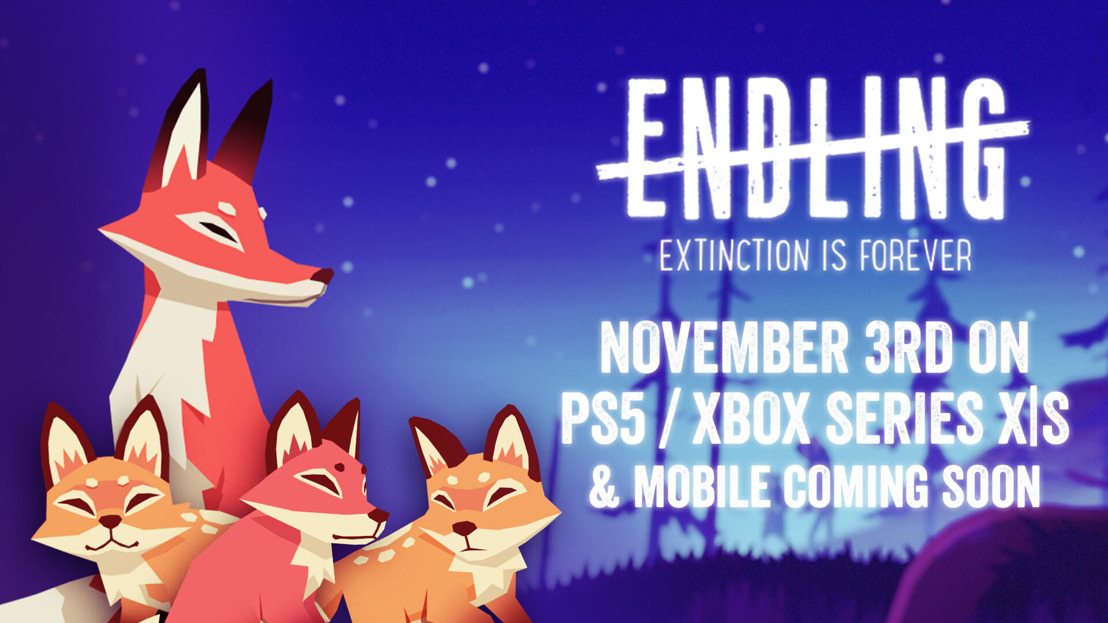 Today, more than 28,000 animal species on our planet are threatened with extinction. Thousands of species - rhinos, lions, tigers, seals, and bears - are jeopardized by pollution, illegal poaching, wars, and the ever-increasing loss of their natural habitats.

Endling - Extinction is Forever lets you experience firsthand what it could be like to live in a time where your home and family are consistently threatened by the ever further expanding reach of humans.

As announced at RazerCon 2022, we will release our critically acclaimed fox-family survival game from its stationary restrictions and will set them free on iOS and Android. You can already pre-register to get notified once the game releases on the Google Play Store. Pre-order for Apple users will be starting soon.

On top of that, next-gen versions for PlayStation 5 and Xbox Series X|S will launch on November 3rd for $/€29.99. If you already own Endling on the PS4 or Xbox One, the according upgrade will be free for you. If not, what are you waiting for?

About Endling - Extinction is Forever

Endling – Extinction is Forever takes place in a plausible near future. Mankind has altered the biosphere to a degree that makes it harder and harder to sustain animal and plant life. Even humans struggle to breathe. In this horrendous quasi-apocalyptic scenario, you – as the player – take control of the last mother fox in this dying world. You are now fighting for survival, not only your own but the survival of your cute but clumsy cubs that depend on their mother to bring them food.

About Herobeat Studios
​Herobeat Studios is an independent video game studio based in Barcelona, Spain. The team comprises former colleagues with a wide range of experience in video game development. The team members share a deep concern about environmental issues and animal welfare. This inspired them to join forces and create something meaningful that explores these issues.

Get the Endling - Extinction is Forever press kit here!