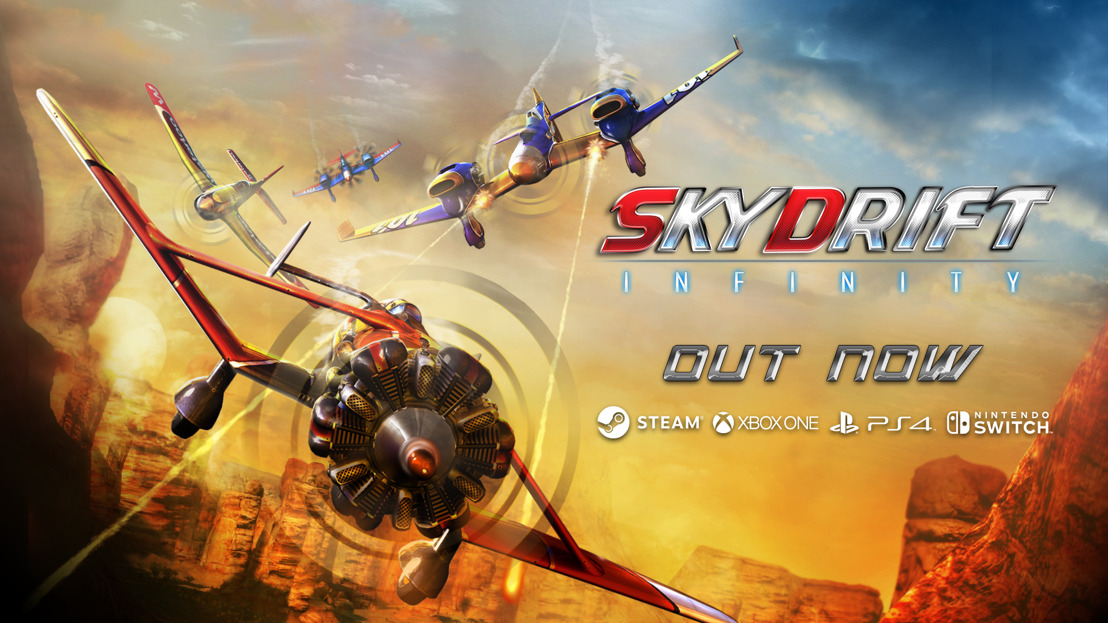 Giebelstadt, Germany, July 29th, 2021
​Warm up your engines, ready your autocannons, arm your rockets, and get in the cockpit because Skydrift Infinity is about to destroy some friendships! Skydrift Infinity: Blow your Friends and your Foes out of the skies!

Get it now on Steam, Microsoft Xbox, Sony Playstation®, and Nintendo Switch™!
​

"FOX 2, Fight's On!"
​Skydrift Infinity is an action-packed arcade racer focusing on the experience of flying alone or with others, in a light, quick, fast-paced, air-combat style.
​During the various game modes, you can partake in deathmatches and armed races as well as other armed competitions, using modern aircraft, which are tuned to the max, with extreme weapons. Your goal is simple: if you can't beat them, shoot them!

Skydrift Infinity has the power to be one of the best and most entertaining couch coop racers. With a focus on the 3D aspect of dogfighting air races, the game is far superior to any known "party-racers" like ... you know what.

Also, it addresses a target audience who grew up with the Italian plumber's racer but has outgrown that and likes the more grown-up action arcade approach.