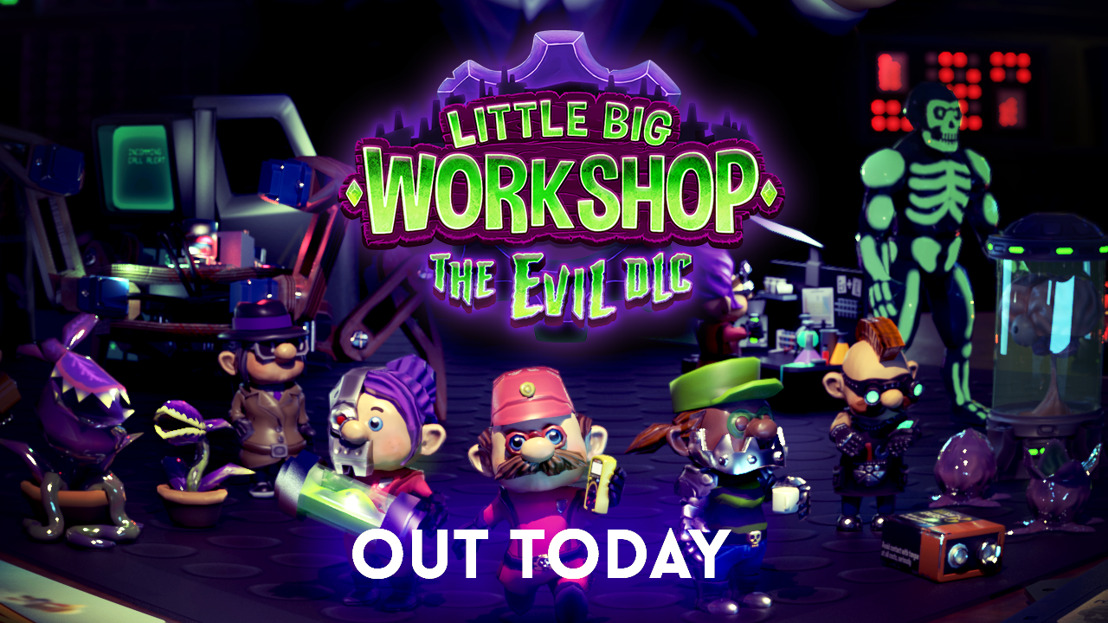 Karlstad, Sweden / Giebelstadt, Germany, October 29th, 2020: Just in time for the spooky season, tabletop workshops around the world are about to turn sinister. A completely new progression system, competing factories, sabotage features, company takeover mechanics, and much more. The Evil DLC is OUT TODAY starting at 5pm (CET) on Steam!

The infamous Bladh is looking for an evil apprentice and he's got his eye on you! Are you ready to rid yourself of all virtues and dive into the wonderfully corrupt world of corporate greed? Then get ready to fight for market superiority with no holds barred. Sabotage the competition, take them over when they're vulnerable, and make them work for you. Unlock new skills and workstations to create new products. Accompanied by a fresh look for your desk, factory, and workers and unusual decorations.

About The Evil DLC: The Evil DLC will keep the core gameplay we all know and love fundamentally unchanged. The additional game mode however will come with a bunch of changes to the progression system and the background mechanics. You will have to outperform competing factories to unlock new skill tiers and make sure they won't beat you on the free market. Gain evil points by sabotaging them and unlock evil tech from an entirely revamped skill tree. All that and a bunch of new products, workstations, and cosmetics will make sure to keep the game fresh for veterans and new players alike. Just remember, however much he will help you now, Bladh is not to be trusted...

About Mirage Game Studios: Mirage Game Studios is a game development company located in sunny Karlstad, Sweden. The company was founded by four avid gamers with roots in the area during the fall of 2016 in collaboration with THQ Nordic. The team, as well as the game, has grown quite a bit since then, both in scope and capabilities. It currently consists of seven people, a merry mix of game enthusiasts from different walks of life.