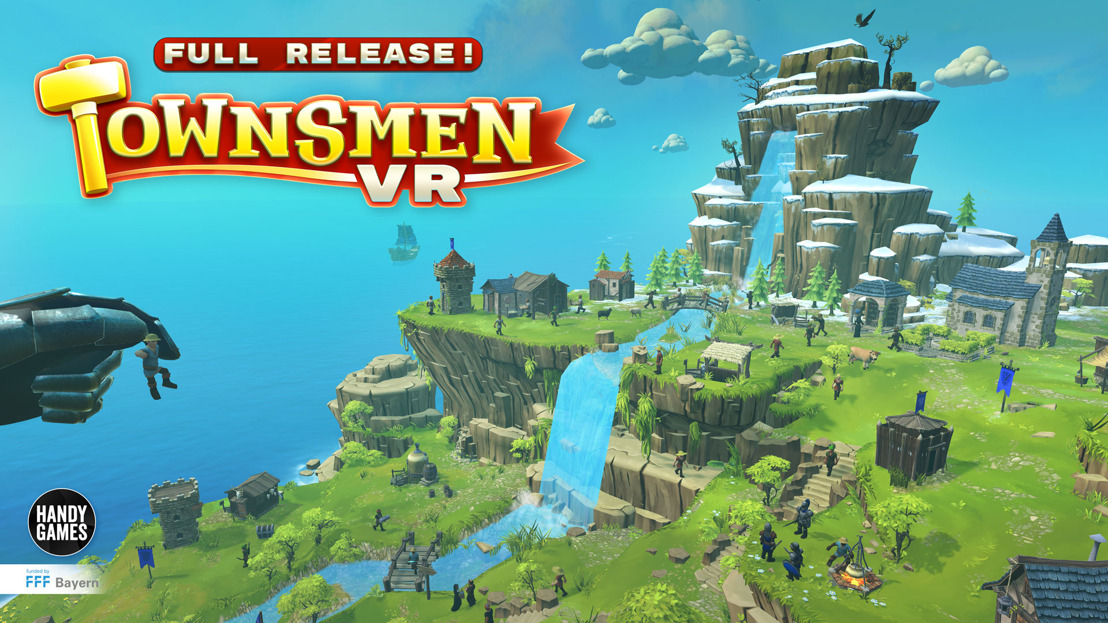 Giebelstadt, Germany, March 24th, 2022
​It's been a long way getting here, but it was definitely worth the wait. After the last major update that included more maps, more buildings and more of basically everything we upped the ante and fell into a dash short before the finishing line.
​Now with the final update and release, Townsmen VR even got a sandbox mode and is better than ever. A unique one-of-a-kind VR game that lets you control the fate of your settlers. Build, crawl, explore, pet, pick, throw and fight - it's time to get your hands dirty.

Get Townsmen VR for Steam here!

Coming very soon to Oculus Store and to HTC Viveport.

What's it all about?

Start small and expand your might over a world of 13 different islands and archipelagos. Filled to the brim with exciting features, gizmos, and things to lay your virtual hands on. Build more than 20 unique buildings and upgrade them. Immerse yourself in a thrilling story with many exciting quests and a sandbox mode that will provide you with endless hours of fun!

Let me show you its features:

Get the Townsmen VR presskit here!