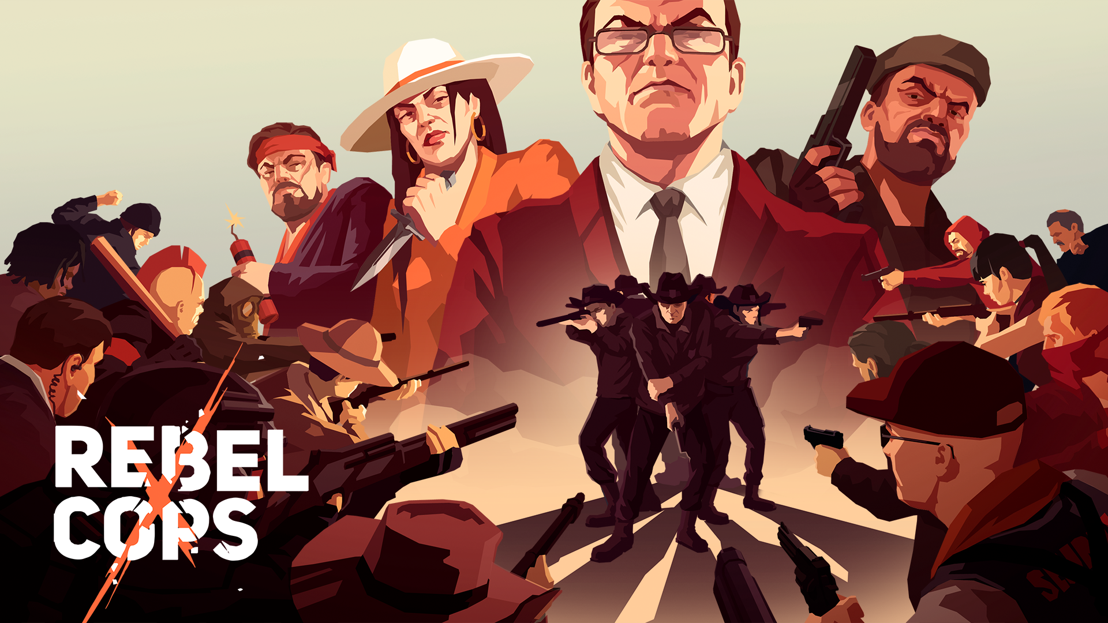 Minsk, Belarus / Giebelstadt, Germany, November 19th, 2019: As the notorious crime lord Victor Zuev takes control of the town of Ripton, the town officials find themselves on his payroll and local businessmen at his mercy. Even the police has surrendered to his will. But, not all heroes wear badges! A small ragtag squad of renegade policemen and women who still believe in their oath “to serve and protect“ stands against him and fights against all odds to serve justice and protect the citizens.

Rebel Cops offers the same thrilling tactical challenge on mobile devices like the PC and console versions, but the gameplay, as well as user interface, have been optimized for a more satisfying mobile experience.

Rebel Cops will be coming to iOS and Android devices soon, offering 15 hours of challenging tactical gameplay. It will be a premium title and will feature absolutely no microtransactions, no in-game ads, no loot boxes or other gambling. Just a great game.

Rebel Cops is a spin-off game of the acclaimed ‘This Is the Police‘ franchise, which exclusively focuses on the series' turned-based tactical operations. Lead a ragtag squad of cops in rebellion against their town's new criminal power to see how long you can hold out when you're constantly short on supplies and a single shot can cost a cop his life.