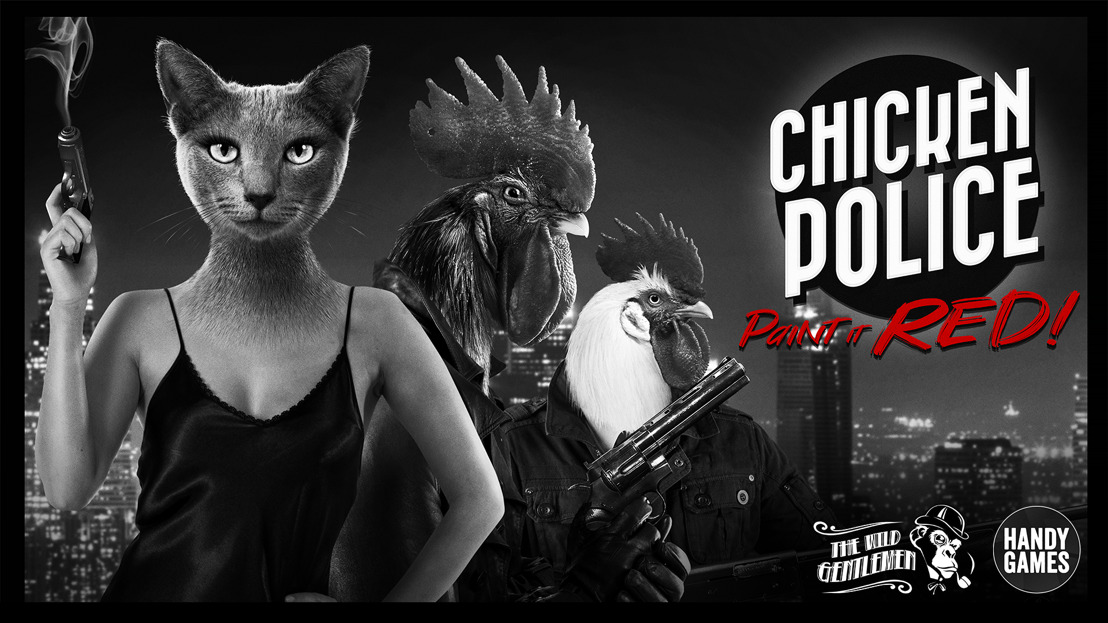 Eger, Hungary/Giebelstadt, Germany, December 10th, 2019: Sonny Featherland and Marty MacChicken, aka the “Chicken Police”, once a legendary detective-duo - now a washed-up wreck and a wannabe star-detective. But things are about to change when a most mysterious case comes along, getting weirder by the hour and more dangerous than anything the two have faced before. Sonny and Marty will have to face the demons of their dark past on this journey through the crooked city of CLAWVILLE… But the Chicken Police is back together!

Chicken Police - Paint it RED features a stunningly peculiar visual style with artistic photo-manipulation and lifelike 3D backgrounds. The game convinces with a dark story and satire which recalls the mood and atmosphere inspired by classic film-noir movies of the 40's. And like all the best noir detective stories, this one feels so gritty and desperate, that it can only be served with a side of cynical humor. Experience a carefully crafted world, a grim, sinister story, and absurd humor. All mixed up with elements of story-rich adventures and a visual novel style dialogue system, complete with a complex interrogation mechanic, detective gameplay and an ever-changing city.

"This city never sleeps - they say .Maybe that's why it is so cranky all the time."

"The Wild Gentlemen" is an independent game studio, working on its artistic game: Chicken Police, the "Orwellesque Buddycop Noir Adventure". The team is based in Hungary and consists of six core members and four part-time contributors. Some team members have worked on projects like The Witcher 3, Call of Duty WWII, Warhammer: Mark of Chaos, the Crysis series, Haegemonia or Ryse: Son of Rome. While individually, most of them have been active members of the games industry for over a decade, Chicken Police is their first joint project.