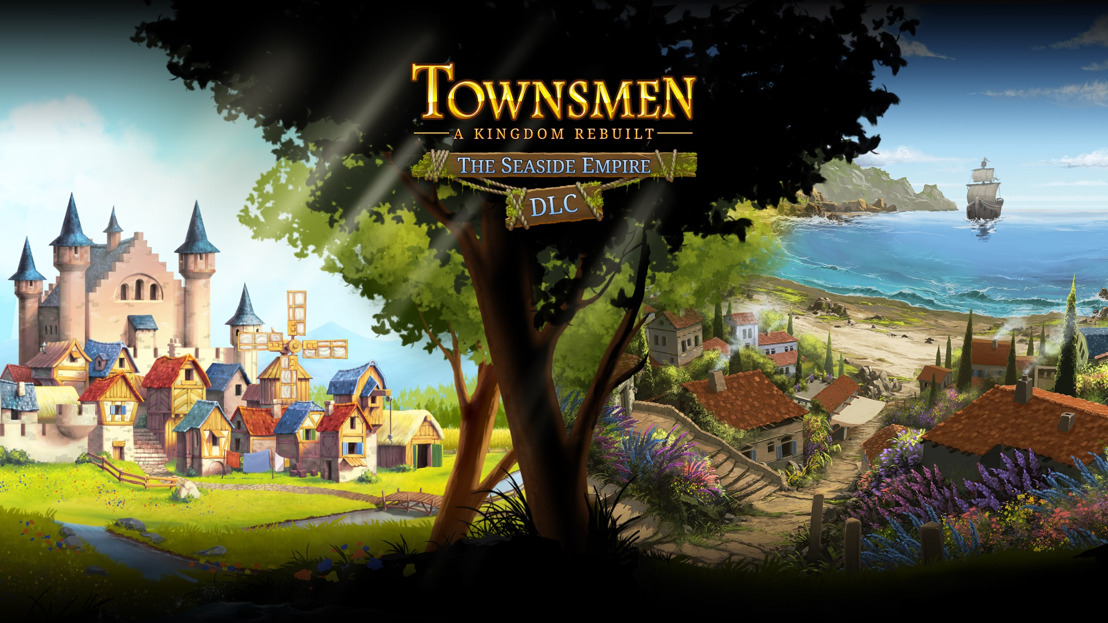 Giebelstadt, Germany, February 20th, 2020: Welcome, Your Majesty! A vast, wild land is just waiting to be colonized by your settlers! Send your architects and builders to design and set up your city. Send workers to cut down trees and mine ore. Make sure that your fields are planted on fertile soil to feed the hungry mouths of your citizens! The crown is yours: guide your people from their first steps in a small village to a gigantic medieval metropolis with hundreds of inhabitants.

Townsmen - A Kingdom Rebuilt with the new DLC "The Seaside Empire" is now available on Playstation 4 and Xbox One for only 29.99€/29.99$.

About Townsmen: A Kingdom Rebuilt

The medieval building strategy game has a complex economic system that requires you to build production lines, trade efficiently and maintain a balance between tax revenue and the satisfaction of your townspeople. Your city will face seasonal difficulties such as draught in summer and food shortage in winter. A wide variety of buildings and many different jobs for your citizens will help you overcome these and other obstacles. Build military barracks to stand up against vicious bandit attacks, or employ a medic to fight the plague. Firefighters, hunters, farmers, blacksmiths and many more will help you build a stable community. Gain experience for all your deeds as governor of the city and use it in research to improve efficiency through technological advancement.

With the included DLC "The Seaside Empire" you can start your journey to the Mediterranean right away!

Expand on the existing gameplay with new buildings, like the military castle that allows for easier defense, the coastal harbor that increases your trading capabilities, or the inn that helps you earn money for having the most beautiful town. A vast amount of new decorations and other useful buildings allow you to create the medieval seaside metropolis you have always dreamed of.

The included Seaside Empire DLC also adds another layer of depth with the introduction of difficult choices in the new short story events.

The DLC is now also seperately available for PC and Nintendo Switch for 9.99€/9.99$.

Listen to relaxing new songs and let yourself get carried away by the ambient of the Mediterranean coastline.