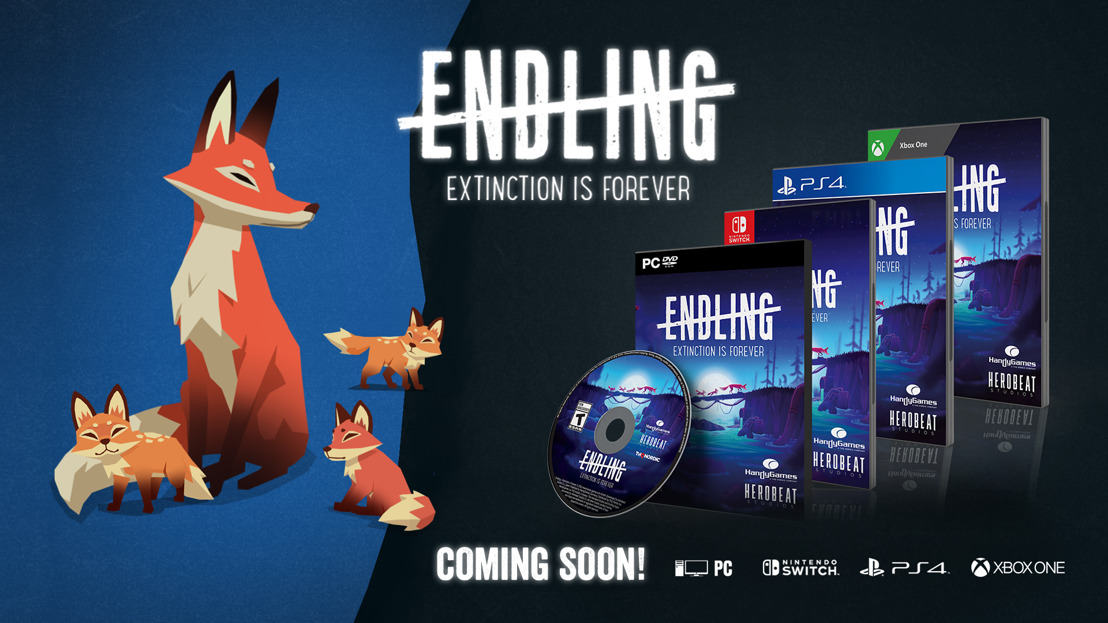 Barcelona, Spain / Giebelstadt, Germany, 19th May 2022
​According to a recent survey of 400 biologists conducted by New York's American Museum of Natural History, nearly 70% believe that the Earth is currently in the early stages of human-caused mass extinction. One biologist estimated that if current rates of human destruction of the biosphere continue, one-half of all plant and animal species of life on earth will be extinct in 100 years.
​Today, more than 28,000 animal species on our planet are threatened with extinction. Thousands of species - rhinos, lions, tigers, seals, and bears - are jeopardized by pollution, illegal poaching, wars, and the ever-increasing loss of their natural habitats.

Now imagine that humanity has driven one of the most adaptable creatures in the animal kingdom - the fox - to extinction. As the last fox on Earth, you are fighting for survival in search of the rare sources of food which are left in a dying world. But you are not searching for food for yourself alone. Your clumsy cubs are waiting eagerly for your return in the safety of the shelter. Until that faithful day, when something or someone wakes one of the young foxes…

Can you give this Endling a last glimmer of hope?

We will not be able to release "Endling - Extinction is forever" this Spring because we want you to have the best possible version of the game. It is going to be awesome. Thus, we have to postpone the release a tiny bit. We promise:

​To make up for it, we decided - as some voices from the community already suggested - to have a boxed retail version of the game. We use a more eco-friendly cardboard box with fewer plastics for the PC-version. ​

The boxed version will be available for PC, Xbox One, Nintendo Switch, and PlayStation 4.
​Order your box on Amazon!

Digital copies are of course available soon on:

About Herobeat Studios
​Herobeat Studios is an independent video game studio based in Barcelona, Spain. The team is composed of former colleagues with a wide range of experience in video game development. The team members share a deep concern about environmental issues and animal welfare. This inspired them to join forces and create something meaningful that explores these issues.
​