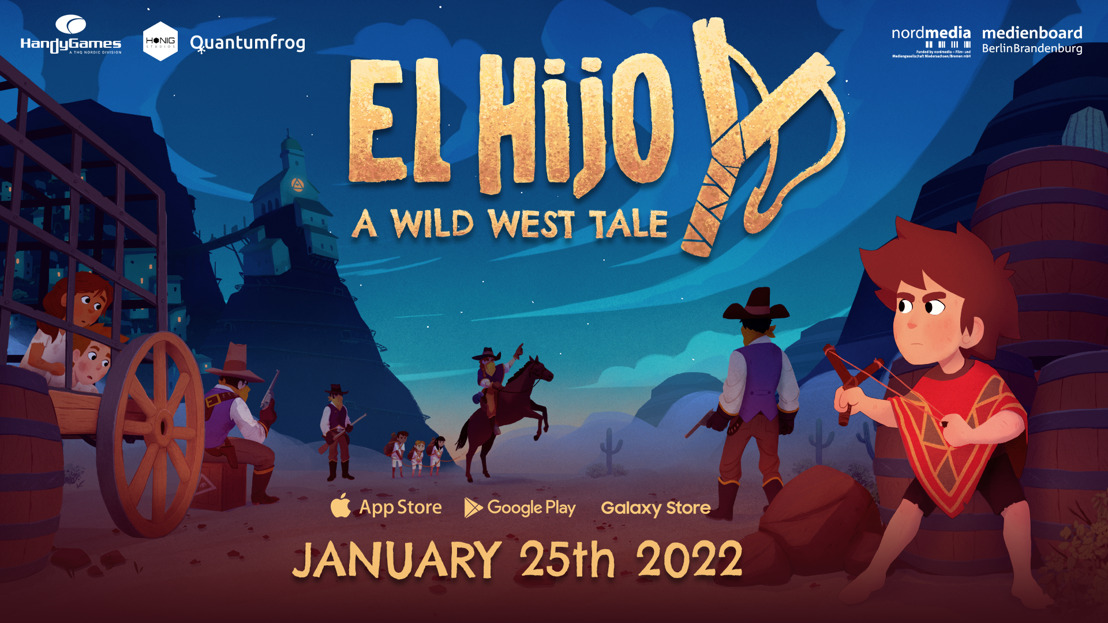 Giebelstadt, Germany, 13th January 2022
​By now, we all know how the West was won, but "El Hijo - A Wild West Tale" tells the story a bit differently. This kid has no need for guns while escaping from a dubious monastery to seek out his mother and free her from the clutches of evil.

Finally, this critically acclaimed and prized game comes to mobile as a full pay-to-play title. "El Hijo - A Wild West Tale" has no bandit features to relieve you of your hard-earned money again and again. You get what you pay for - just like in the old West.

As El Hijo is famous for keeping thrilling stealth gameplay non-violent and family-friendly – the publisher HandyGames will not change it a bit. No hidden costs or pay2win but with full controller and Apple TV support!
​
​The spaghetti-western stealth game has been awarded as Best Indie-Title by the gamescom-Awards in 2019, "Best Family Game" by the DCP (German Computer Games Award) and was only recently honoured with a prestigious Pedagogic Media Award. ​ ​ ​ ​

El Hijo - A Wild West Tale is a non-violent game and an exciting story of a desperate child looking for his mother. The boy sneaks past different sorts of suspicious outlaws in a series of diverse western settings.