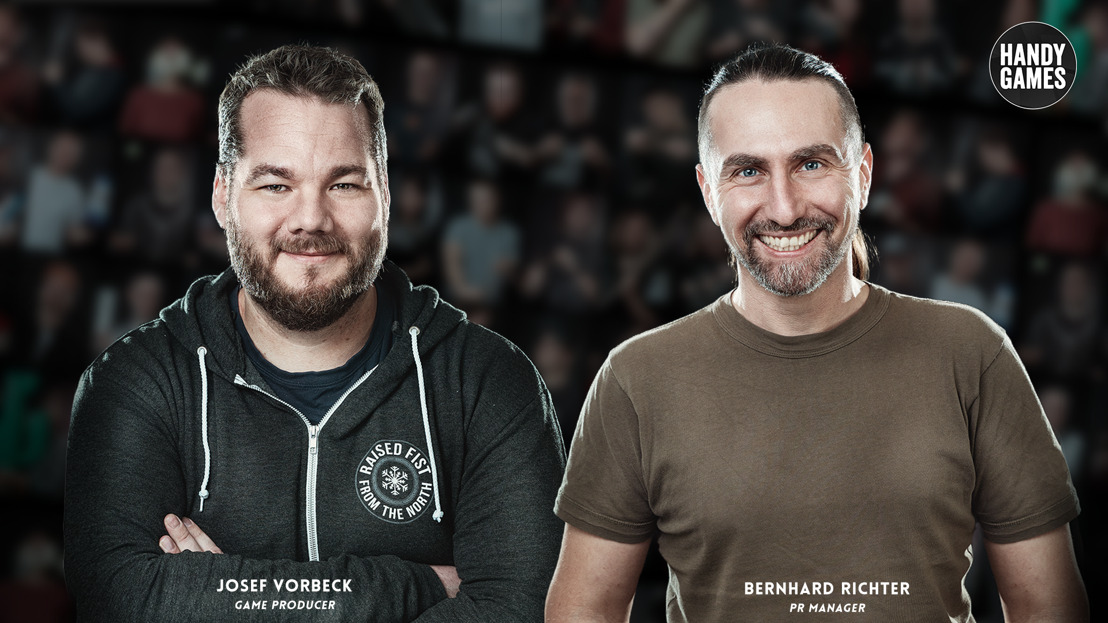 Giebelstadt January, 26th 2021
​Well, no one should say this is a bad start after 2020 – HandyGames, a German video game developer and publisher based in Giebelstadt, managed to fill two key vacancies in one swift stroke. Signing on in January 2021 as PR-Manager Bernhard Richter reinforces HandyGames‘ marketing team at their home base in Giebelstadt, Germany. Bernhard just left a seven-year position at Vogel Communications Group where he was working as a technical writer and editor for Germany’s biggest reaching magazine for design engineering.

HandyGames managed to convince the experienced industry-journalist with a TV background to defect and leave behind the world of hydraulic pumps and pneumatic drives.

„I am thrilled to be part of the THQ Nordic family“, states the 42-year-old from Würzburg gladly. „Gaming has always been a part of my life – now I can combine passion and work.“

Also joining the ranks as a game producer at HandyGames is Josef Vorbeck – formerly involved in Hunt: Showdown at Crytek, one of Germany’s biggest game studios. Smells like growth. Josef Vorbeck holding a degree in game producing (GA) immediately recognized the fun people are having in Giebelstadt and is hence very motivated.

„I instantly liked it here“, confessed Josef and states: „I really like the homely atmosphere and it feels like coming home.“

The signs at HandyGames point to growth. German indie publisher HandyGames plans to invest a high single-digit million amount in German titles over the next years. HandyGames is thus supporting the founding of new start-ups and is always looking for producers who dig innovative new games.