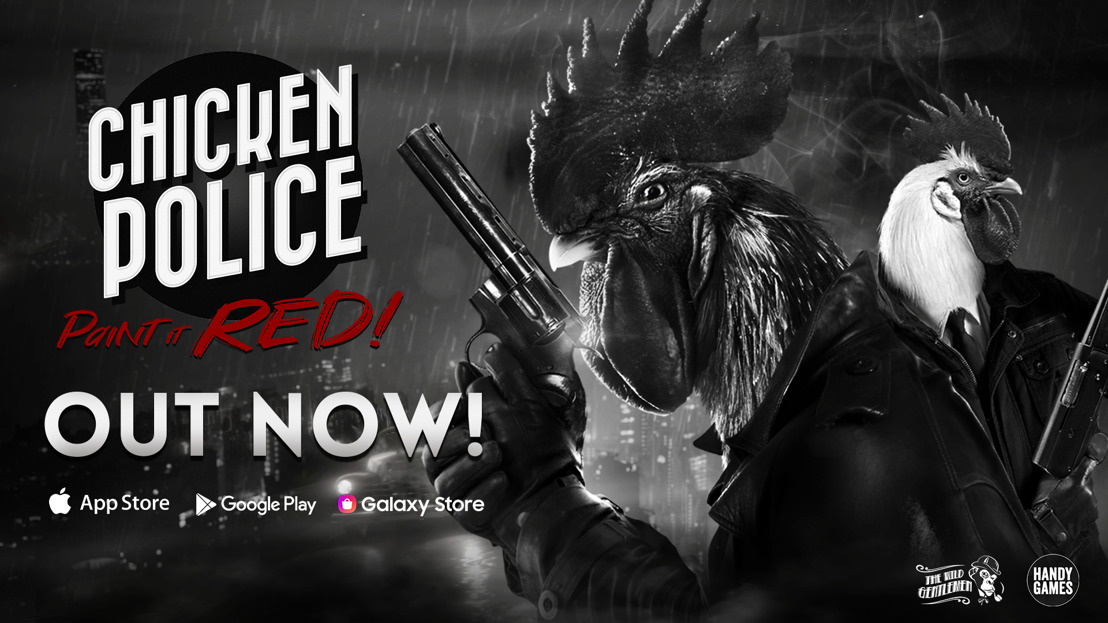 Chicken Police – Paint It Red! features a stunningly peculiar visual style with artistic photo manipulation and lifelike 3D backgrounds. The game convinces with a dark story and satire which recalls the mood and atmosphere inspired by classic film-noir movies of the 1940s. And like all the best noir detective stories, this one feels so gritty and desperate, that it can only be served with a side of cynical humor. Experience a carefully crafted world, a grim, sinister story, and absurd humor. All mixed up with elements of story-rich adventures and a visual novel-style dialogue system, complete with a complex interrogation mechanic, detective gameplay, and an ever-changing city.

Chicken Police - Paint it RED! is a story- and dialogue-heavy game combining elements of the visual novel and classic adventure genres. There will be more than 30 characters to talk to, with some requiring you to apply fierce interrogation tactics. Collect tons of clues, evidence and sensitive personal information from the shady characters of Clawville to be used ruthlessly against them!