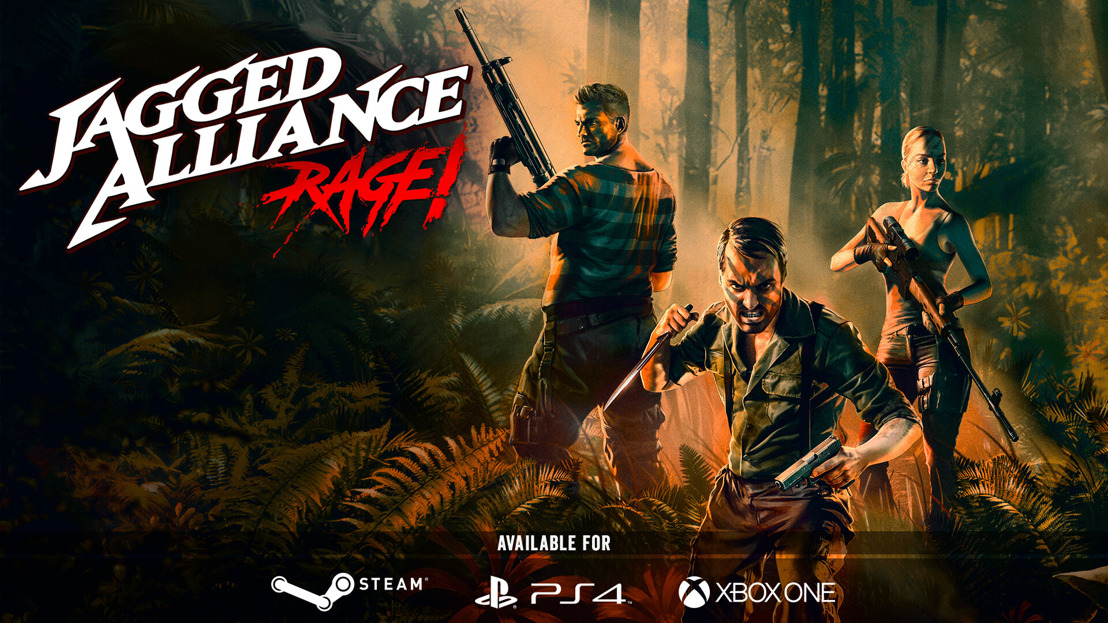 Vienna/AUSTRIA, December 6th, 2018 – “Silent night … sniper shot … no alarm, all still calm. Four more steps and ending your turn ...” Rejoice in the newest Yuletide carol as Jagged Alliance: Rage! brings tactical jungle warfare to the holiday season this year. As of today, gamers on PC, PlayStation®4 and the Xbox One family of devices including Xbox One X can resume the roles of the beloved Jagged Alliance mercs in a brand-new adventure set 20 years after the original game.

Pulled out of retirement to clean out a jungle filled with brutes who are definetly on the naughty side of Santa’s list, Ivan Dolvich, Helmut "Grunty" Grunther, Charlene "Raven" Higgins and more of the old Jagged Alliance crew must battle through a hand-crafted campaign filled with twists and turns.

About Jagged Alliance: Rage!
​Jagged Alliance is back – With a new take on turn-based tactics, adventure elements and the well-known quirky mercenaries! Set 20 years after the first Jagged Alliance, this spin-off lets you experience a road trip into a jungle hell to test your mind and body to the limits! This time it’s just you and a few allies versus an entire island ruled by a drug overlord and his crazed army.The Features: