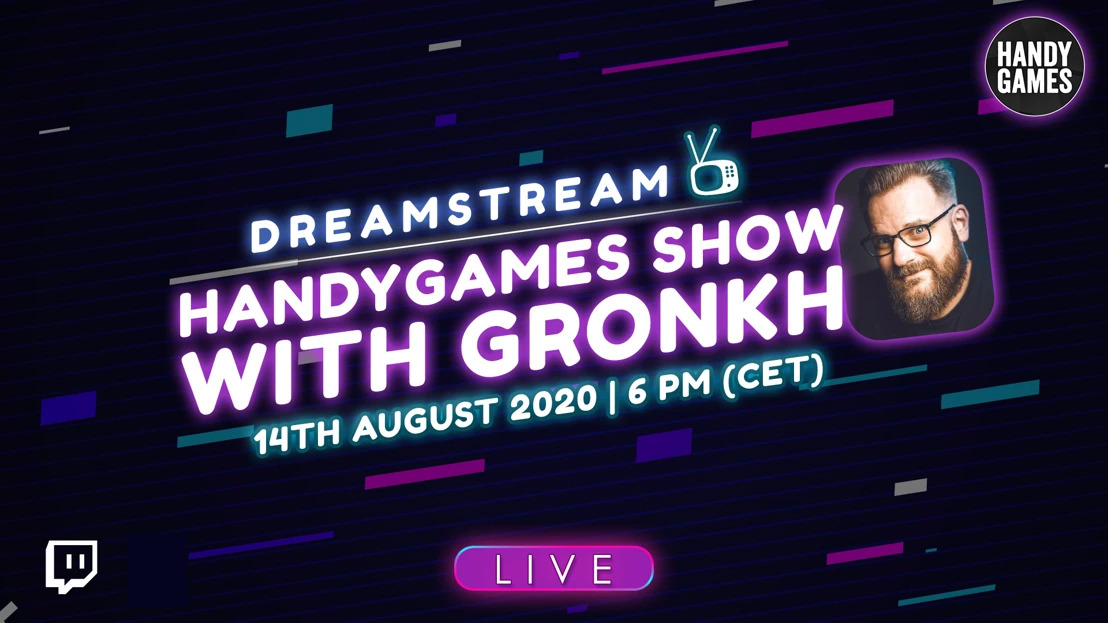 Giebelstadt, Germany, 28th July, 2020: Every German Let’s Player, Streamer and Gamer knows him: Germany’s most famous let's player, Gronkh. We are thrilled to announce that on August 14th, there will be a unique HandyGames exclusive live showcase on Twitch, packed with a wide range of our indie titles and never seen before content. Watch, comment, play and be there, LIVE!

These games will be showcased:

Additionally, there will be four more games, of which we don't want to give away too much yet! Because Gronkh aka Erik Range himself, will comment on and enjoy exclusive content for the community and play our (as of yet) unpublished demos! And hopefully: have a lot of fun! All we can reveal is: It will be apocalyptic, divine and heads will roll... and float.

Live Let's Play Event, Indie Games Night, Gronkh vs. HandyGames, whatever you want to call it: Tune in! Join the (German) show on Gronkh’s channel on Twitch! on August 14, 2020, at 6pm German time. Let's go!

Find the latest info here! Even with timer, to not forget this awesome show!
​https://handy-games.com/en/dream-stream-with-gronkh/