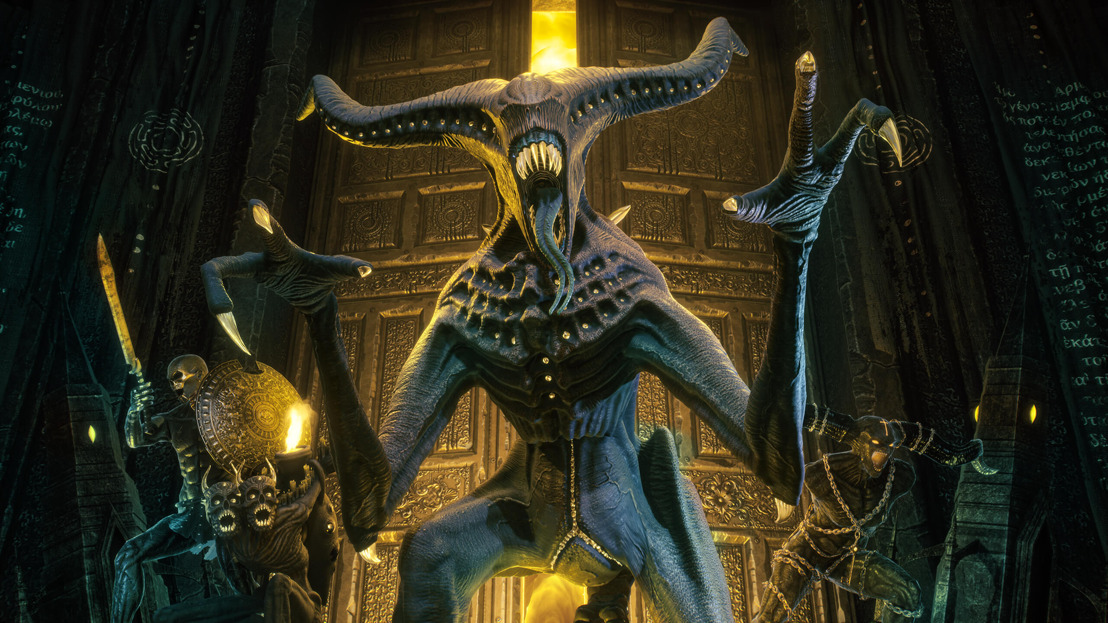 There is no way back and only one way forward. Enter blood-soaked underworlds inspired by ancient mythologies, all accompanied by a death-metal soundtrack. Face ceaseless battles on the perilous path to Elysium. Face a barbarous fate and slay hordes of infernal creatures on the black sands of Purgatory.

Sell their corpses to a glorious priestess in exchange for increasingly powerful melee weapons and firearms. Overwhelm abominable bosses and use the spoils of war to gain entrance to Elysium, where death and gold await thee.

The same lust for gold that motivates your own craving consumes the revenant creatures within Purgatory. Succumb to these dark souls and be forced to lose precious wealth and begin again. Muster up to three friends and reap the tides of merciless hordes together. Deploy co-op-specific gear to support, defend and revive each other on the perilous path toward eternal oblivion.

“Combining classical mythology and FPS, with multiplayer and roguelike elements forced us to push a lot of boundaries during PERISH development," said Regan Ware, Co-Founder, ITEM42. "While we are saddened it will no longer be released on Google Stadia, players will be able to access our game from an amazing store lineup including Steam, Epic Games Store, and GOG."

PERISH will be available for $19.99/€19.99 on Thursday, February 2, 2023, for PC on Steam, Epic Games Store, and GOG. For more information, follow @ITEM42 and @Handy_Games on Twitter, join fellow souls on their way to Elysium on Discord, and check out the official PERISH website.

Item 42 is a development studio headed by brothers Regan and Bret Ware from Brighton, UK. The duo strives to make unique and inspiring game worlds using their years of programming and art experience from clients as diverse as ISG and Spotify to Jaguar Land Rover. PERISH, the studio’s first project features an original heavy metal soundtrack to perfectly pair with the game’s dark, mythological universe.

HandyGames is an international indie games publisher and developer, a THQ Nordic Company, and part of Embracer Group. Established in 2000 with hopes to bring high-quality gaming to handheld devices, the team has since expanded its efforts to more platforms, no matter if PC, Console, or Streaming. Its ever-growing colorful portfolio of games across all platforms includes Spongebob Squarepants: Battle for Bikini Bottom Rehydrated, Little Big Workshop, Endling - Extinction is Forever, and El Hijo - A Wild West Tale.