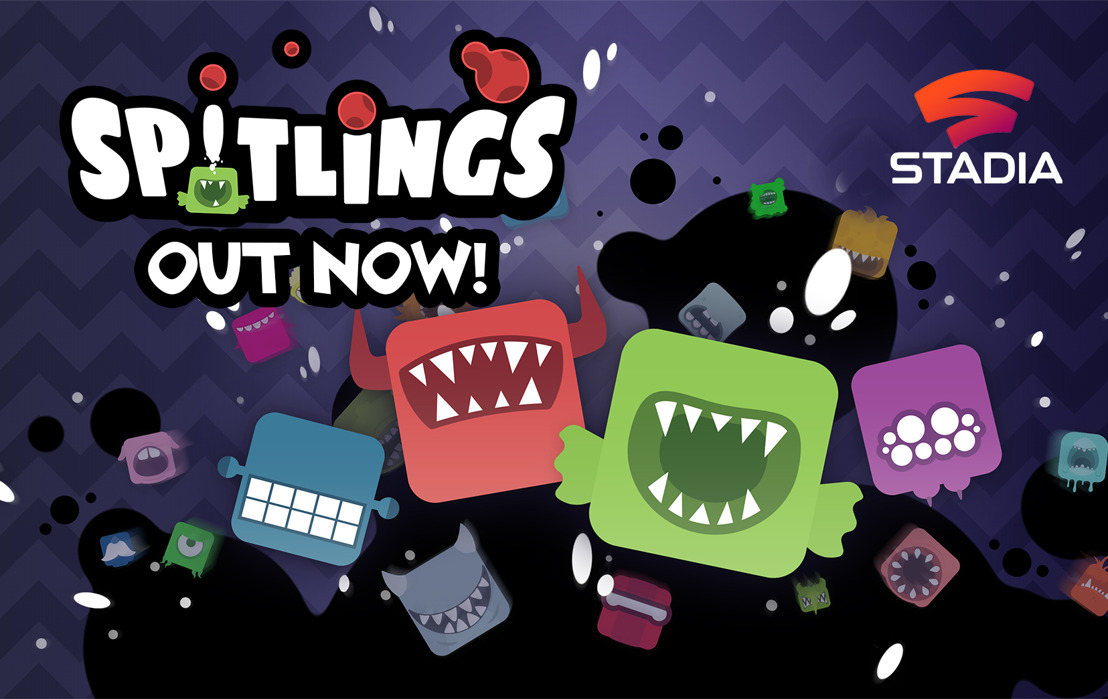 Giebelstadt, Germany, February 25th, 2020: Spitlings, the chaotic action arcade game for up to four players is out now on Google Stadia! As a modern take on classic arcade games, it puts you in control of the Spitlings: charming rectangular creatures with teeth they can spit at bubbles or use to jump! Your goal is simple, but hard to achieve: Get rid of all the bubbles bouncing around the screen. Keep playing through over 100 levels in the story campaign to unlock new music tracks, unique characters to play with and diverse visual themes. All this is topped up by the party mode which is packing an extra punch and will turn the Spitlings’ world upside down, pixelate it or even turn it into a magic show.

The Spitlings are happy little creatures, living a peaceful life in their skyscraper hometown. Their only problem is the weather: It rains nasty goop that turns into bubbles, entraps the Spitlings and wrecks their town! There is only one option: They’ll have to split all bubbles and free their friends on the lower floors. Along the way, who knows what they might encounter…

Spitlings is a multiplayer game that takes cooperation to the full extent: If one player fails, everyone restarts the level together. This makes it a challenging frenzy - perfectly suited for playing with friends both locally and online. Prepare for intense moments and a lot of shouting, as you and your friends will beat level after level by the spit, uhm… , the skin of your teeth. You will always have to keep an eye on your limited supply while you spit to jump out of the way – or use them to split the bouncy bubbles. If the main story with more than 100 levels isn’t enough for your spit squad, try to beat the time challenge of each level to unlock its harder b-side version, plus even more playable Spitlings and color themes! Also, be sure to check out the party mode that comes with mutators which add another layer of chaos. Want to play in the upside-down? Never stop jumping? Put on a space helmet? We got you covered!

Spitlings celebrates its initial release on Google Stadia, a cloud-based gaming platform allowing players to experience games directly on any device and it will be priced at $14.99 / €14.99 / £12.49.

Founded in 2017, Massive Miniteam is a small but experienced group of game developers and designers who have worked on games that released on Steam, PS4 / PSVR, Xbox One, iOS, Android, Vive, Oculus Rift and Gear VR. Massive Miniteam resides in the area of Cologne, Germany.