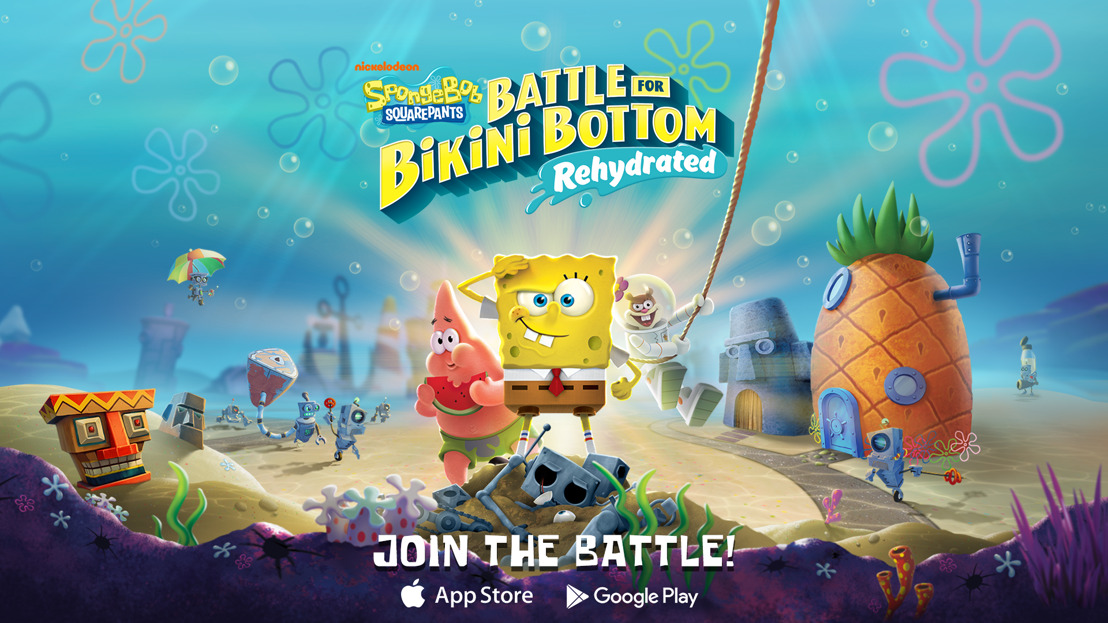 Giebelstadt, Germany, January 21st, 2021:
​Are you ready? SpongeBob SquarePants: Battle for Bikini Bottom - Rehydrated is the latest entertainment software blockbuster featuring the world's most beloved deep-sea critters to be ported to iOS and Android devices. THQ Nordic family member HandyGames teamed up with Nickelodeon to develop and publish this premium title. That means the purchase includes the full experience with no hidden pay-walls, pay-to-win, or ads.

Play as SpongeBob, Patrick, and Sandy in the remake of this fan-favorite title and battle raging robots with bubble-blasting abilities. Each of the playable characters has their own unique skill set to curb Plankton's evil plan to steal the secret Krabby Patty formula. Run, bounce, and underpants-bungee-jump through Bikini Bottom and meet countless characters from the beloved television series.
​The battle is on!