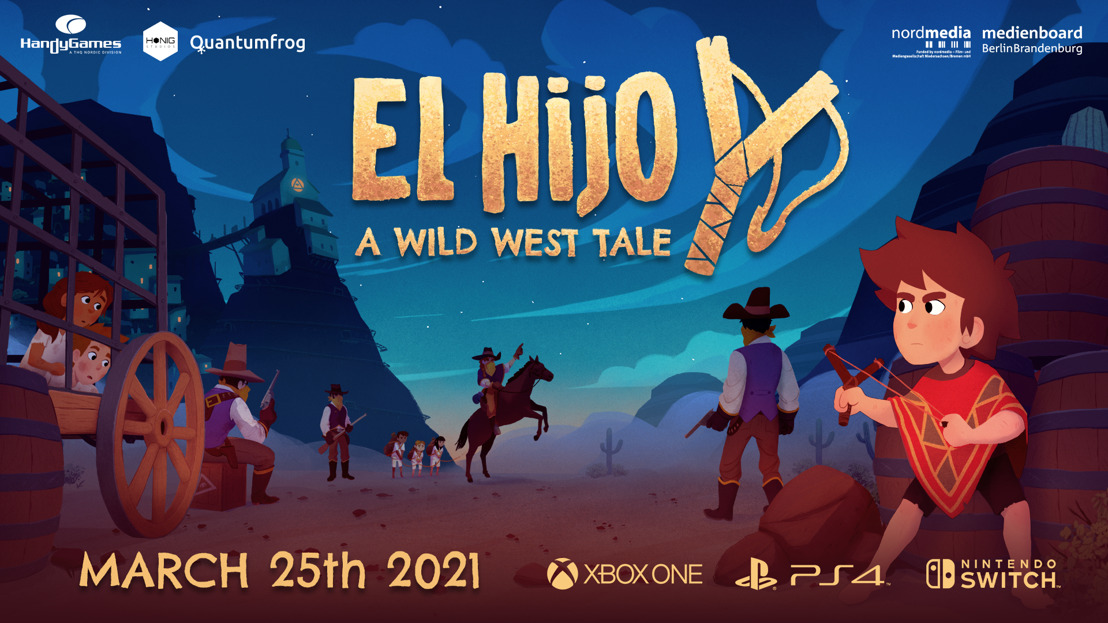 Giebelstadt, March 16th, 2021
​El Hijo – ​ the son – ​ literally shows in this thrilling and family-friendly outlaw action-adventure that the Wild West is no country for old men, but for a kid to conquer. With the weapons and the wit of a child, he is out to finally be reunited with his mother after tragedy struck and the family got separated.

El Hijo - A Wild West Tale is coming to Sony PlayStation 4, Microsoft Xbox One, and Nintendo Switch on March 25th, 2021.

With tricky puzzles, shady monks, and dancing cowboys, playing through this gloomy, yet wholesome, adventure is sometimes quite challenging. What happens if a diversion fails and your fireworks hit the pecking chicken instead of an opponent?