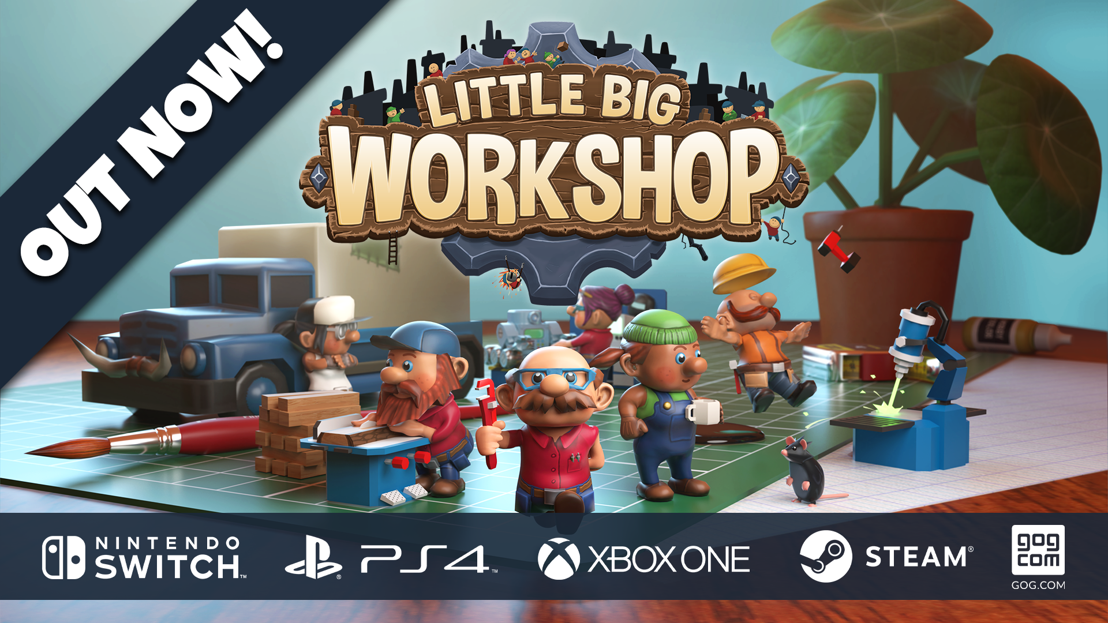 Karlstad, Sweden / Giebelstadt, Germany / Köln, Germany, September 24th, 2020: Make sure you've got snacks and something to drink: Your favorite tabletop management sim is coming to consoles! Little Big Workshop will be available on XBOX ONE and PS4 on September 24th, 2020 and on Switch on October 1st, 2020. Enjoy endless hours of the hit game by keeping your workers in check, optimizing workflows, and creating cool gadgets! Supply products to clients in an ever-changing market and enjoy as your cute workers do all the actual work.

Start small and go big! It's a sandbox experience where you can spend hours tweaking, improving, and trying around until you get it just right. As soon as you're running multiple production lines, you'll need to concentrate heavily on your organizational skills to meet your deadlines. Have no fear, clear instructions and out of the box thinking will help make your micromanaging dreams come true!

Little Big Workshop is developed by Mirage Game Studios in Karlstadt, Sweden. It was ported on all consoles by Massive Miniteam in Cologne, Germany. The game is published by HandyGames in Giebelstadt, Germany, and will be available for 19,99 ( EUR / USD / GBP ) on all platforms.

Mirage Game Studios is a game development company located in sunny Karlstad, Sweden. The company was founded by four avid gamers with roots in the area in collaboration with THQ Nordic during fall of 2016. The team, as well as the game, has grown quite a bit since then, both in scope and capabilities. It currently consists of seven people, a merry mix of game enthusiasts from different walks of life.

Founded in 2017, Massive Miniteam is an experienced group of game developers and designers who have worked on games that have been released on Steam, PS4 / PSVR, Xbox One, iOS, Android, Vive, Oculus Rift and Gear VR.